Evolution of IT leadership: From the dot-com bubble to the era of business technology

When the dot-com bubble burst at the turn of the millennium, it was largely assumed that IT as a function could not be the core of a new, tech-driven economy. But some, including Sofigate founder Juha Huovinen, understood that IT has to break the internal support function silo, and saw an opportunity for a new IT management service company.

Juha Huovinen founded Sofigate in Espoo, Finland, two years after the crash. He believed that IT could become core of the businesses if modelled on business management principles. And he was right: Sofigate now employs over 500 people working with leading companies turning their digital business agendas into well managed information technology services.

We wanted to understand how modern business technology evolved after the dot-com bubble, and what the future holds for IT management markets. So we asked Huovinen six questions:

1. Where did the idea for IT management services come from?

JH: At the turn of the millennium, people had unrealistic expectations of the IT space. Because the boom was fuelled by internet speculation, the bust created an opening for traditional IT to make a comeback. Costs had to be reined in and services began to be outsourced and globalised. A shift of this magnitude created demand for leadership, and Sofigate was created to fill that demand.

2. How did IT become central to today’s businesses?

JH: The financial crisis triggered another significant market shift. We learned a crucial lesson from the collapse of Lehman Brothers and its peers: even when all other assets are lost, data centers—and the data itself—remain. And so the financial crisis threw the intersection of information management and business into stark relief. Up until that point, IT leaders provided businesses with services, but were not part of the core business model.

3. Is our current digitalisation boom showing signs of another bubble?

JH: There are some red flags on the horizon. For example, many businesses have hired Chief Digitalisation Officers without implementing a corresponding strategy or accountability mechanism. When digitalisation plans regularly consist of one person, operating in a vacuum, that’s a sign that a bubble might be around the corner.

Because that’s not how it works. You need a framework that seamlessly connects IT services with all business services that relate to digitalisation. You need leadership that can see beyond IT. Leadership that understands how business works and how information technology can be used to reimagine the business.

4. How is Finland faring in the world of business technology management?

JH: There is a lot of IT leadership know-how in Finland. IT is the first truly global 24/7 service and the leadership skills to pull it off are present and notable. But now that same leadership has to pivot to digitalisation.

Under Sofigate’s leadership, the open source Business Technology Standard has created a common language and foundation for IT management. We have underscored this shift by replacing talk of IT management models with a focus on business technology models.

Finland has had largely the same IT leadership for 20 years during which time we have witnessed a few rounds of musical chairs. But now we find ourselves at a crossroads. Leaders who are able to adapt and who can manage both business and technology roles will succeed in the digitalisation space. But they only have a handful of years to make it happen before it’s too late.

5. How does business technology management differ from traditional IT management?

JH: Nowadays, IT expertise needs to be paired with business management skills and agility. It’s no longer enough to simply make sure that services work. Organisations need to make information technology management their core business capability and integrate the management of services, suppliers, contracts, security and intellectual property rights with the day to day management of the business. At the same time, they need to be able to identify digitalisation business opportunities that a traditional business leader might miss.

6. What lies ahead for Finland’s IT management market?

JH: Sofigate is different from traditional IT businesses in that we focus on transformations. Our clients come to us to gain insight into how to integrate and structure their business and IT into modern business technology operations — the key asset of digitalisation. It’s not enough for businesses to do the bare minimum in the digital space; digital services require a complete overhaul of core solutions in order to ensure that digitalisation supports the core business. It’s the modern way of doing business, and it requires modern leadership.

Companies that have been riding the digitalisation wave will consolidate when the current boom subsides. Larger ones will buy out smaller ones. Sofigate is at the epicenter of the digitalisation boom and we expect to remain at the nexus of building the next generation of business technology for the coming decade. 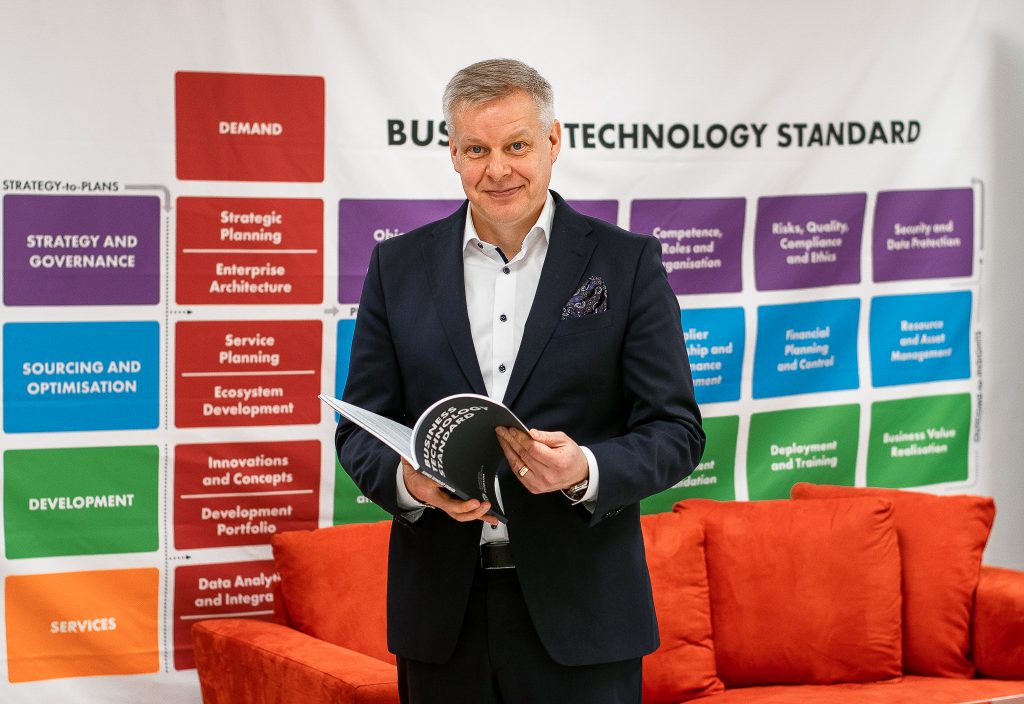