Visions2020 Part 19: What Has Changed in Media Business Due to Digitalization

The leading principle for digitalisation and transformation at MTV is that the customer receives a differentiated consumer experience – better than in other competing or existing services. Many newcomers have done just that, e.g. Netflix or Spotify. The user and service experience rises to a level that beats the rivals and digitalisation provides tools that enable the building of this kind of service. That’s what digitalisation is all about. The consumer is sitting in the driver’s seat.

Creating perfect service does not mean that you’ll win the game. Only by combining and balancing differentiated customer experience and exceptional operational performance are you able to succeed with digitalisation and business transformation. This is something that CEOs and owners in media business have on their agenda. 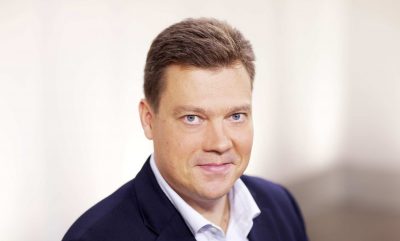 The media business has been on the front line of digitalisation for some time. Digitalisation of the content, use of image processing, desktop publishing systems etc. means that in practice that even if the product is in a traditional format, for example a TV-channel, the whole production including distribution has been digitalized. This happened years and even decades ago. This digitalisation has been an enabler for the new user experiences that we see today.

MTV is a 60-year-old Finnish commercial broadcasting company, one of the oldest in Europe. It’s owned by a Swedish publishing company Bonnier AB. The most well-known products and brands of MTV are MTV3, Sub, AVA, C More (Nordic brand), MTV Katsomo and MTV.fi.

MTV was originally incorporated by its clients. The representatives of Finnish industry wanted to find new ways to improve competitive advantage in business transformations that were going on then, such as internationalisation. There was a need for new marketing channels and that’s why MTV “commercial TV”, as it was originally called, was established. Growing the business of the MTV’s clients has been the basis of MTVs business from the beginning. The service portfolio and channels have evolved, but MTV is still a commercially financed company that provides services for marketing communications. Alongside this cornerstone MTV has created and developed consumer funded services.

In consumer funded services, the consumer is in the driver’s seat. The consumer decides if the content or service is worth of paying for. It can be a single event that has a relatively high price tag, like the Mayweather vs. McGregor fight from Las Vegas, for example.

The number of services is huge. For live sports alone, there are hundreds of services available for the consumer and the user experience for many of the services is already excellent. This has all been enabled by digitalisation in the media business.

Not that long ago there were only 3 TV channels in Finland. The number of broadcasting channels started to increase significantly when the distribution networks were digitalized around 15 years ago. The change made it possible to create more consumer funded services. Other digital channels (like IPTV) continued the evolution and now the internet is full of services for consumers. Some of the services are consumer funded and some are ad-funded.

THE CHARACTERISTICS OF DIGITALISATION IN MEDIA BUSINESS

Digitalisation seems to be changing the media business in waves. The first wave was the digitalisation of distribution networks that enabled the creation of Pay-TV. The second wave was services and content going online. The third wave brought virtually all services to smartphones with “anywhere and anytime” type of usage.

The content is still largely the same. Entertainment, sports and news still dominate the media business despite new distribution channels and new concepts. Something that has been there for a long time and is getting even more important nowadays are the phenomena – something impressive or extraordinary that will catch the consumer’s attention. Many things have changed with digitalisation, but the core competence of creating and commercialising the phenomena is still vitally important.

Digitalisation brings new tools, but the core competences concerning content and getting the best out of it remain the same.

The development of technologies on the device and network side means that the role of video is growing in all fields. New mergers and acquisitions of companies and new coalitions will take place in this fast-changing business. New players are stepping into the media business because digitalisation provides the tools for that. Companies from other business areas might suddenly announce new services or even purchase exclusive rights for certain types of content, for example for a sports event.

Everything else seems to be changing and disrupting business but the number of hours in a day remains the same. We still have 24 hours a day to spend and the media companies are still fighting for that time. The concept of family and life around family is largely staying the same. People still go to work and kids still go to school. What they are doing after those obligations is what media business and the competition is targeting too. Some structural changes are visible also regarding those concepts, like the fact that the number of senior citizens and their purchasing power is growing.

Getting to know even more about consumers and their needs and desires is a key target. That’s the reason why consumers are asked to register for services. The target is to move from mass distribution to targeted distribution. MTV already reaches all Finns, but MTV also wants to know all Finns. That will bring new possibilities for the consumer business for both content and advertising.

There has been and will be more investments in entertainment at MTV, like the new concept of “the whole night of domestic content”. Knowing what kind of entertainment Finnish people want is one of the core competences of MTV and a differentiating factor from the international media companies.
New services are developed constantly, not forgetting the exceptional user experience of course, like new services for Finnish drama expanding the user experience. You will be able to get more information and new features related to a TV series for example that will expand your experience.

On the operational excellence side MTV is also evolving constantly. For example, all digital and ICT capacity services are now coming from cloud environments, some of them as a service.

WHAT HAS DIGITALISATION REQUIRED FROM MTV?

The company has come a long way from the early stages when MTV was the only commercial broadcaster company in Finland using only TV as the distribution channel. The market that MTV operates in is now the most competitive market in Europe.

Operational production is no longer a core competence of MTV so it relies on purchasing from selected business partners. Competences are related to content, customer interface, user experience, service & project management and architecture.

MTV does not create or broadcast TV programs by itself anymore except in News and Sports. Programming of digital services has also been outsourced -these used to be core competences at MTV, but not anymore. They are still vitally important for the business and therefor partners are selected carefully.

The whole organisation and its capabilities have been transformed to support creating the phenomena, commercializing it and maximizing the user experience.
Consumers are used to getting what they want right away regardless of their location or the device used and the international competition creates high expectations for user experience that need to be met or exceeded.

WHAT KIND OF ARCHITECTURE IS NEEDED?

Architecture management supports the whole process of creating and leveraging phenomena, seamless user experience and capability to enable content across all distribution channels. It also helps in integrating different channels and services together.

It’s important to ensure that the architecture is harnessed as an enabler to the business and governance is kept as lean as possible.

There are a lot of regulation related restrictions in digitalisation of the media business. TV advertising is regulated in Finland and this creates bias and inequality between international and domestic operators. Copyright laws have not changed despite the fact that digitalisation has changed the services and concepts completely. Internationalised and digitalised business should be considered in domestic regulations, otherwise competing in the new market situation will be challenging.

Value chains in the business are changing dramatically. Next day the consumer might be the content provider or distributor. Roles in the value chain are changing: Teleoperators are producing content, busses and trains have a role in media distribution, question like what role will shopping areas or wholesale companies have in the future arise, etc. Which media provider do you need to contact and register to as a customer to be able to access the content that you want to get? Who owns the account of the customer in the future?

Service design and service experience will continue to be at the core of media business. New concepts do not change the fact that consumers value the experience they get.

Technical capabilities and the right kind of partnering have brought plenty of agility and scalability to the business.

Digitalisation has brought virtually limitless possibilities and resources available for developing products and services. Consequently, new types of businesses and new experiences will be created and offered to consumers.

By selecting the right kind of partners for business operations and development both exceptional user experience and operational excellence is possible.

Enjoyed the article? Here’s further reading for you:

Leader, you should be interested in low-code/no-code platforms – here is why

Visions2020 Part 16: Reflections on the Future of Selling and Banking