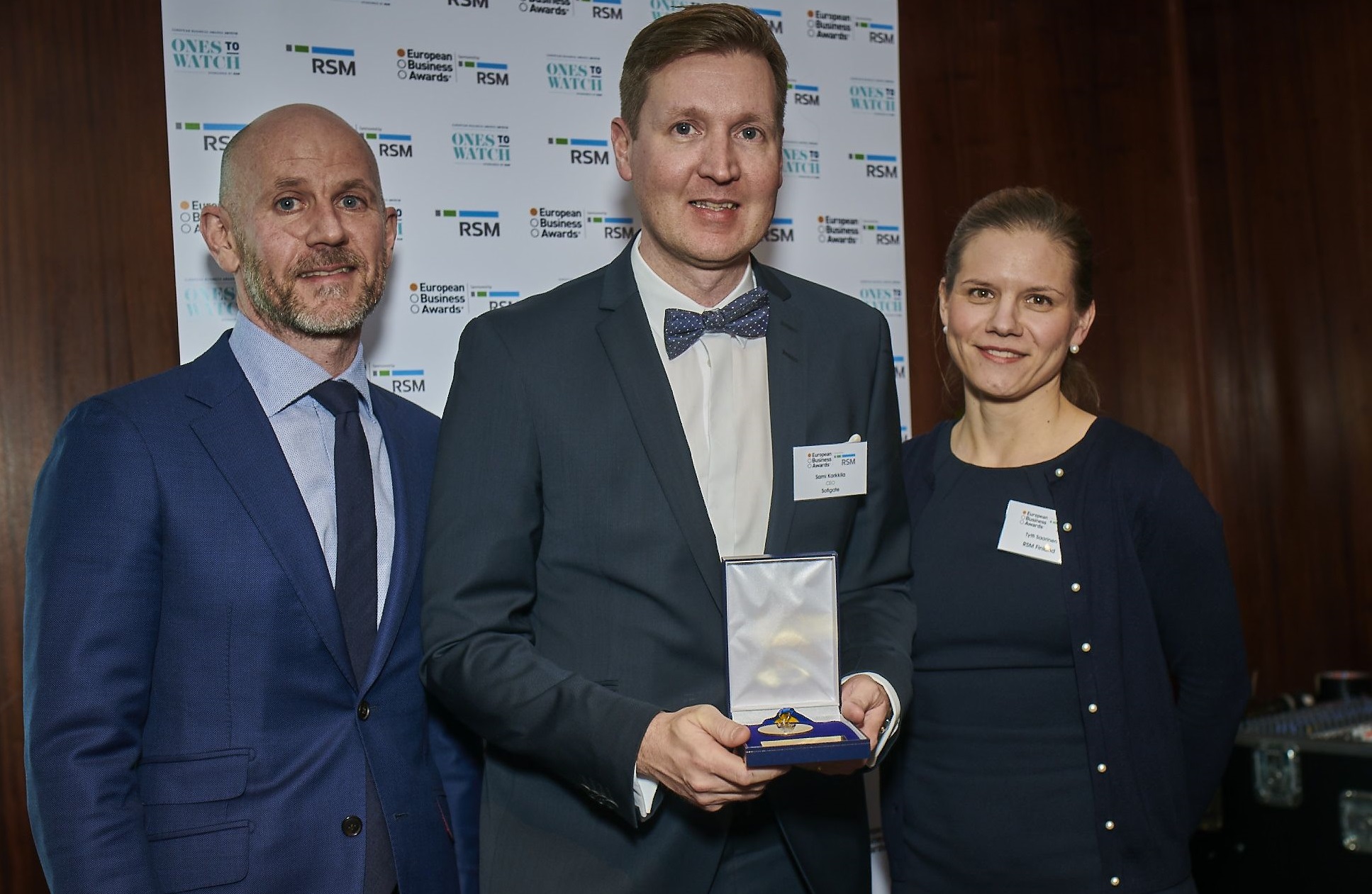 Sofigate, the pioneer of Business Technology, has been awarded as National Champion for Finland in the European Business Awards. Sofigate competed in the category ‘The Business of the Year Award with Turnover €26M – 150M’.

The company will now go on to represent Finland in the same category in the final stage of the competition. Final winners will be announced in May.

European Business Awards is Europe’s largest cross-sector business competition, sponsored by RSM. Sofigate was named one of six National Champions from 114 businesses representing the “Ones to Watch” in Finland at an exclusive event held in Stockholm on 13 March.

According to Sofigate, this award will be dedicated to Sofigate’s employees and customers.

“This award belongs to the entire Business Technology community. Our way of working has always had community at its heart: the value we create comes through collaboration and co-creation with our customers. For example the IT Standard for Business framework, which we have developed together with our customers, is freely available to anyone as a tool to lead digitalization and create new business in the future,” says Sofigate CEO Sami Karkkila.

The National Champions will face further judging in their chosen category. Final 12 European winners will be announced at the European Business Awards Gala Final in Warsaw, Poland 23 May 2018.

The European Business Awards is now organized for the 11th time. The competition is supported by business leaders, academics and political representatives from across Europe. Its primary purpose is to support the development of a stronger and more successful business community throughout Europe. Last year it engaged with over 33,000 businesses from 34 countries. Sofigate was awarded National Champion in its category also last year.